What’s the deal with Iran anyway?

“You will not see next 25 years,” Ayatollah Khamenei, addressing Israel

“Iran reaffirms that under no circumstances will Iran ever seek, develop or acquire any nuclear weapons.” Iran commitment in the JCPOA

“I looked for someone among them who would build up the wall and stand before me in the gap on behalf of the land so I would not have to destroy it, but I found no one.” Ezekiel 22:30 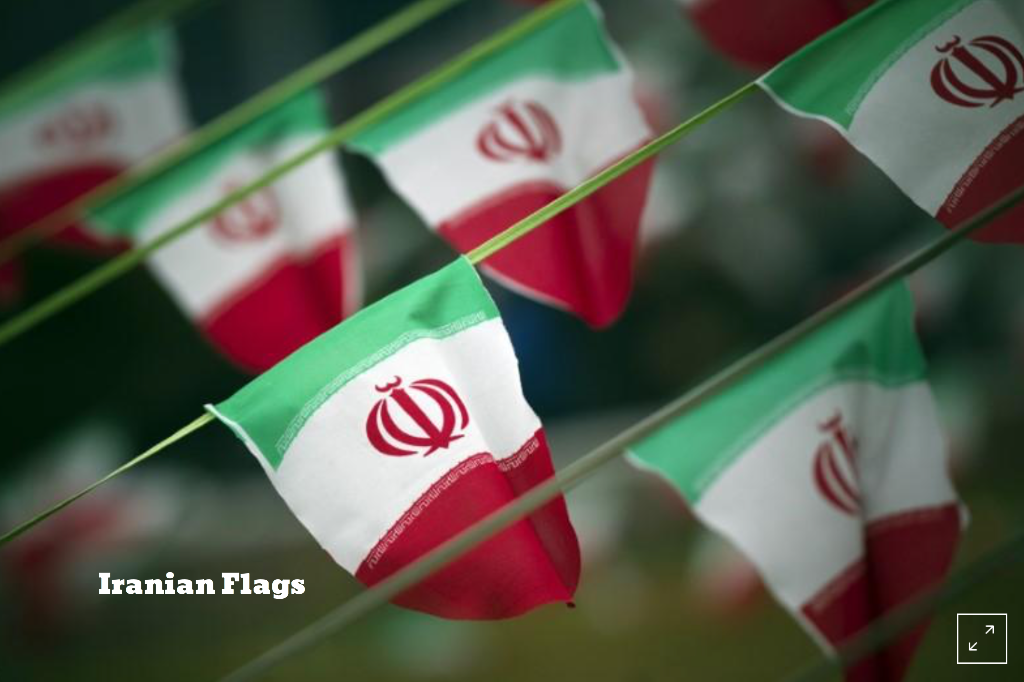 If you have been paying any attention to the news lately you will be puzzled by the increasing pace of articles regarding the United States, Iran and the rest of the world. This melange of news has heightened because of President Trump’s recent announcement that the United States will no longer be bound to the President Obama era non-nuclearization agreement between the P5+1 and Iran. The intent of this agreement was to curb the nuclearization of the Republic of Iran in exchange for the lifting of international economic sanctions.

President Trump made it clear during his campaign speeches in 2016 that this pact, known as the JCPOA or Joint Comprehensive Plan of Action, was a terrible plan and was in the worst possible interest of the United States. It was however, declared a momentous deal after it was signed in 2015 by the United States, France, Germany, Great Britain, China, Russia and Iran.

This article will be in at least two parts. I would like to look at the myriad of variables involved in the signing of the pact, as well as the objections of the Trump administration and the ramifications of this decision on the entire globe, especially as it relates to transatlantic relationships between the US and its closest allies. I would then like to briefly discuss potential scenarios of responses by the US, the European Union, Russia and China, as well as possible responses by Iran.

My goal is that we will all have a greater understanding of the enormous amount of rhetoric as it is being cast about between major players on the global stage today. In the end, the ramifications of all the actions of these players will have enormous consequences on global alignments, economies and possibilities for global peace. I want to allow the primary authors of documents to speak for themselves. There is a lot of room for interpretation. You can see for yourselves what is and what isn’t accurate. We need to understand it. There is certainly more than meets the eye.

From the US State Department’s Website. “On July 14, 2015, the P5+1 (China, France, Germany, Russia, the United Kingdom, and the United States), the European Union (EU), and Iran reached a Joint Comprehensive Plan of Action (JCPOA) to ensure that Iran’s nuclear program will be exclusively peaceful. October 18, 2015 marked Adoption Day of the JCPOA, the date on which the JCPOA came into effect and participants began taking steps necessary to implement their JCPOA commitments. January 16, 2016, marks Implementation Day of the JCPOA. The International Atomic Energy Agency (IAEA) has verified that Iran has implemented its key nuclear-related measures described in the JCPOA, and the Secretary of State has confirmed the IAEA’s verification. As a result of Iran verifiably meeting its nuclear commitments, the United States and the EU have lifted nuclear-related sanctions on Iran, as described in the JCPOA.”

Written above is the official statement on the US State department’s website. Why is President Trump decertifying the US’s commitment to the pact if the Iranians are complying with the agreement? Because in his words, “It is a terrible pact.” His assertion, along with his team’s is that it unwisely allows the Iranian government the capacity to continue their support of terrorism and the ability to cause instability in the region while suffering no consequences as a result. Simply put, the JCPOA was designed to curb Iran’s weapons of mass destruction capability, not their ability to export and fund terrorism. It appears that this is President Trumps biggest rub with this agreement. Major economic powers lifted significant financial sanctions. Doing so only allowed the Iranians to step up their funding of terrorist organizations such as Hezbollah and Hamas. In his mind this is counter to the best interests of the US, its allies and the rest of the world.

2. Are the Iranians and the P5+1 honoring the agreement?

One of the major contentions is that the UN and EU leaders are saying that the Iranians are abiding by the conditions of the JCPOA agreement. President Trump and his advisors agree partially, but in principle they say that the Iranians are lying and that they are playing the international community. They believe that they have never intended to abide by the conditions of the JCPOA. They point to the existence of a secret nuclear research facility that has been exposed by the Israelis and corroborated by the US intelligence community. There are several disputes, factual ones, that continue to surface. One is regarding the testing by the Iranians of missiles that are capable of reaching US allies and US bases in the Middle East. There are a couple of ways that the Iranians are in non-compliance of the JCPOA.

Are the Iranians in breach of the JCPOA? Technically, no. However, the United Nations Security Council resolution (Paragraph 3 of Annex B of resolution2231, 2015) is clear. The resolution “calls upon Iran not to undertake any activity related to ballistic missiles designed to be capable of delivering nuclear weapons, including launches using such ballistic missile technology.”

The second UN Security Council resolution 1929 indicates, “Iran shall not undertake any activity related to ballistic missiles capable of delivering nuclear weapons, including launches using ballistic missile technology, and that States shall take all necessary measures to prevent the transfer of technology or technical assistance to Iran related to such activities”.

In addition, the Joint Plan of Action Agreement (JCPOA) of the nuclear agreement between P5+1 and Iran is crystal clear in stating that Iran should not undertake any ballistic missiles activity “until the date eight years after the JCPOA Adoption Day or until the date on which the IAEA submits a report confirming the Broader Conclusion, whichever is earlier.”

Are the Iranians in breach of any international agreements? Let’s let the new Iranian Chief of Staff answer that question. “We test-fired a missile with a range of 2,000 kilometers and a margin of error of eight meters,” Brigadier General Ali Abdollahi was quoted as saying at a Tehran science conference, the eight-meter margin means the “missile enjoys zero error,” he told conference participants. This was 10 months after the signing of the JCPOA accord. Has it violated the JCPOA? Perhaps not. UN Resolution 1929? Certainly so.

In 2012 the commander of the aerospace division of the Islamic Revolutionary Guard Corps pointed out that all major U.S. bases are “good targets” for Iranian missiles with a 2,000-kilometer range. He also suggested Iran has “set up bases and deployed missiles to destroy all these [U.S.] bases in the early minutes after an attack,”20 presumably with conventional warheads.

The major U.S. bases within 2,000 kilometers of the three Iranian cities in figure 1 include Ali Al Salem base in Kuwait, Al Dhafra base in the United Arab Emirates, Al Udeid base in Qatar, Bagram air base in Afghanistan, Camp Arifjan in Kuwait, Camp As Saliyah in Qatar, Camp Buehring in Kuwait, Fujairah base in the UAE, Jebel Ali port in the UAE, Kandahar base in Afghanistan, Kuwait Naval Base, NSA Bahrain, Incirlik Air Base in Turkey, Izmir air base in Turkey, and Thumrait air base in Oman. Since Iran has been certain that launching ballistic missiles is not going to elicit robust reaction from the US and other members of the UN Security Council, the IRGC is more likely to continue its advancement and launching of ballistic missile activities more publicly.

Clearly from these documents and statements by Iranian military leadership, the Iranians see themselves as in a position to continue developing missile technology with immunity from the International community. Why is that so? The language in the JCPOA is rather vague and is one of the reasons that President Trump is resistant to the agreement.

According to the UN decision, “Iran is called upon not to undertake any activity related to ballistic missiles designed to be capable of delivering nuclear weapons, including launches using such ballistic missile technology,” until October 2023. As they’re only “called upon not to” test missiles, but not expressly forbidden from doing so, Iran has used that loophole to increase its testing with impunity.

I will finish with points 3-5 next week.

The strategic impasse between President Trump and almost everyone else is one of the most pressing issues of this decade. The ramifications of the coming decisions can and will effect the whole world. Let me address just a few relationships that are being effected by this departure from the JCPOA.

There are many other relationships that will be affected.

If there was ever a time that we should be praying for a global situation and for all the leaders involved, it is now! The costs of decisions which are being made daily are immense and if we as Christians want to impact what is happening, our primary tool is prayer. The potential consequences are staggering. Should there be an escalation of armed conflict between the US and Iran, the loss of life would be greater than anything we have seen since World War II.

We need to pray: